Isobel has been a Councillor since 2006. Having first represented Thames Ward, in May 2012 when Cllr Fred Pugh retired from the council, she moved across to represent Mapledurham Ward where she has lived for over 25 years. She is re-standing for election in May 2021.

Isobel is an experienced campaigner having led several over the years including the Now Out of Catchment (NOOC) primary school admissions campaign which she won back in 2001, correcting a bureaucratic decision which failed to protect younger siblings from being sent to a different school from their older sibling/s. Another notable one was the Save Kings Meadow campaign (KMC) of which Isobel was the Vice Chair. The KMC got the Kings Meadow Baths listed preventing the Labour administration from bulldozing and redeveloping the area. After the Bristol Lido team stepped in, the Grade II open air Baths were refurbished and opened as The Thames Lido in 2017.

In her councillor role, over the last few years, she has tackled the highly controversial issue of building a primary school on the north west corner of Mapledurham Playing Fields. Having first got into politics because of school catchment problems and the fact that families living in the very west of Caversham Heights had little chance of getting into their catchment schools, Isobel helped set up a Trust which set up what is now The Heights Primary School. The school opened on a temporary site in lower Caversham awaiting a permanent home to be secured and then built.

Following a very lengthy consultation process over a number of years, culminating in more residents selecting Mapledurham Playing Fields as the school's site than any of the other choices, Isobel backed the site and has been committed to helping deliver the school, as well as the associated benefits for the whole community.

Isobel is active on social media and during the pandemic has been speaking with residents via Zoom or on the phone because of the current restrictions.

Upper Warren Avenue: Reading Borough Council should sort out the drainage, then resurface the water-damaged road surface in the dip

Cllr Isobel Ballsdon and 4 volunteer residents joined PCSO's in Mapledurham Ward to carry out a 2nd speed watch operation in the area.  A number of vehicles were caught speeding  and the top speed recorded was 46mph which is extraordinary in a 30mph zone. 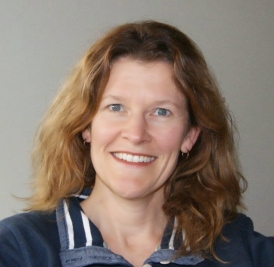