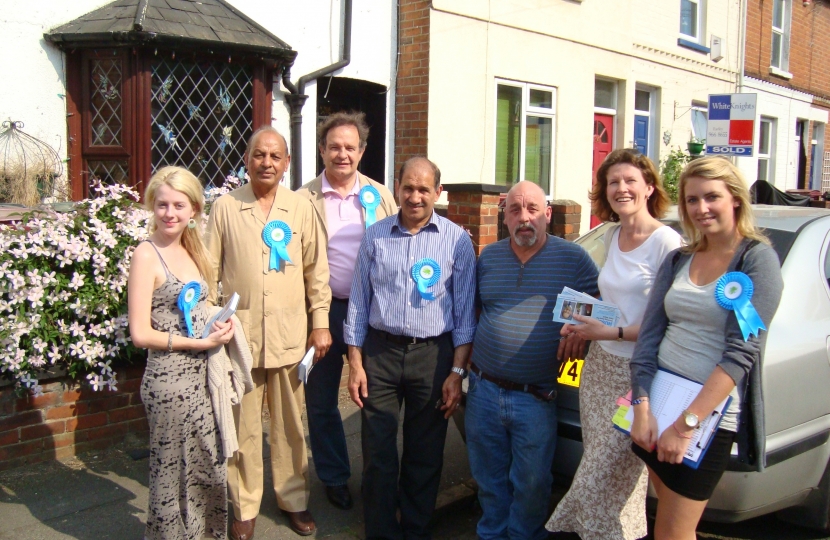 Reading East Conservatives were delighted to be joined recently by James Elles MEP who gave his support to Wazir Hussain who is campaigning for re-election in Park Ward.

James met many local residents and he discussed the local issues which are a cornerstone of Wazir's campaign. Wazir has been working diligently for the last four years to represent the people of Park Ward and holding regular surgeries.

Nirj Deva MEP has also visited Reading East in April and was out meeting residents in Woodley with Abdul Loyes who is seeking election as Borough Councillor for Loddon Ward.