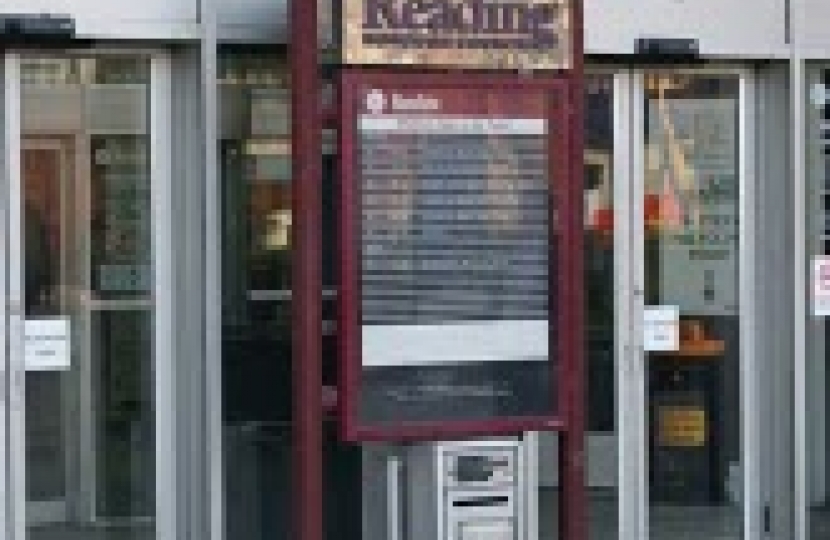 Local Conservatives have condemned the decision of Labour controlled Reading Borough Council to reject a grant of £700,000 from Central Government and instead raise local Council Tax by £1.2m.

Conservative Group finance spokesman, Cllr David Stevens, said; “At Westminster and in Reading Labour still fail to grasp the seriousness of the dire financial situation they have caused. They really think that borrowing more, taxing more and spending more will save the day. Only Conservatives fully realise how much has to be done to rebalance the public finances. The coalition at Westminster is making progress but it will be a long and painful haul. Meanwhile we have to protect an aging population and find school places for Reading's children. When will Labour acknowledge their responsibility for creating the crisis in the public finances?”

Group Leader Cllr Tim Harris said, “It is disappointing, but unsurprising, that Labour controlled Reading Borough Council revert to raising Council Tax. They invariably express their concern about pensioners and the low paid, but then hit them with more taxes. In levying this additional tax, Labour haschosen to reject a grant from the Government worth £700,000. Instead they land local residents with an additional bill of £1.2M. Was it not possible to find any other savings in the council's budget?”

It is interesting to note that whilst many people are suffering pay freezes or having to find additional part time work, the Council's wage bill is forecast to rise by almost £1M next year.After paying off one chief executive with an extremely generous severance cheque they now employ a new one on a salary and benefits worth around that paid to the Prime Minister.

It is also worth noting that until the Conservative-led coalitions took control at Westminster and in Reading and introduced a Council Tax freeze, local taxes in Reading rose by more than inflation year on year, making it the most expensive Unitary authority precept in Berkshire.