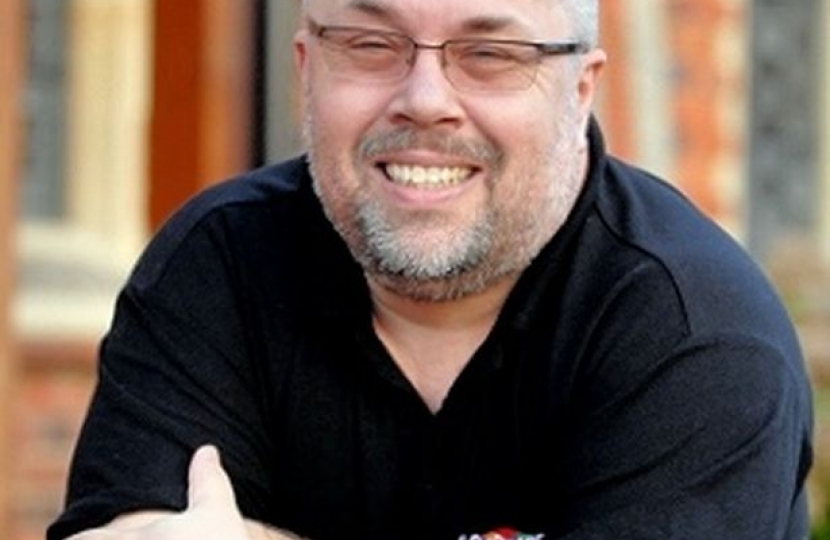 Peppard Conservatives have welcomed the decision of the Council’s Planning Committee to name a new road in Peppard Ward after Martin Cooper, a local resident and community leader

The new road is south of Henley Road off the existing Ruskin development. Council officers had proposed a choice of generic road names from a pre-existing list to the December Planning Committee meeting.

However, Peppard Ward Councillors Jane Stanford-Beale and Richard Willis suggested naming the road after Martin Cooper, a local resident and community leader, who sadly died aged just 49 in January 2011. Martin founded the “Masquerade Youth Theatre” group in 1992 and together with his wife Beryl, poured their own time and money into it to help hundreds of local youngsters achieve their dream of appearing on stage in over 50 musical theatre productions.

Peppard Councillor Richard Willis, who has performed on stage with “Masquerade” and was a friend of Martin, was unable to attend the December Planning Committee meeting and so asked Conservative colleague Cllr Jane Stanford-Beale to present the alternative name to the committee.

Cllr Jane Stanford-Beale said, “I was delighted to propose to the committee that the road should be named after Martin Cooper as he clearly was such an important figure locally and pleased that the committee accepted the name.”

Clllr Richard Willis said, “It is great when a road can be named after someone who has contributed a great deal to the community, especially when it is so close to where they lived. Martin contributed so much and was loved by so many people. It is great that his name will live on in such a public way.”

Martin’s widow Beryl lives on Henley Road and his parents nearby in All Hallows Road. They are all delighted at the decision of the committee and are looking forward to the name plates going up.