Conservatives Fight for a Future for Arthur Clark Care Home 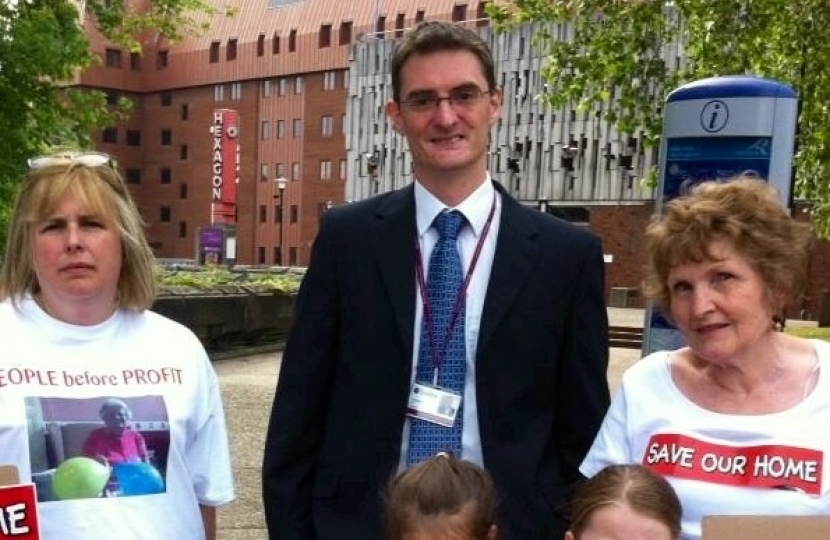 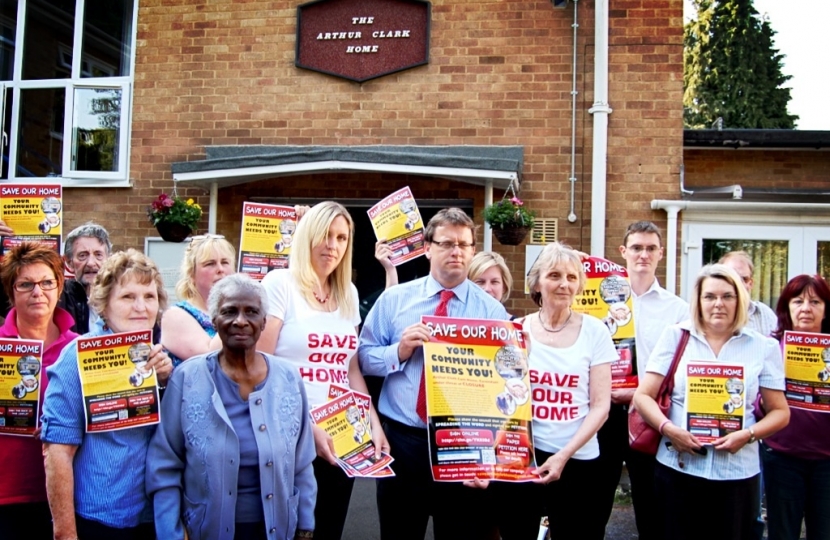 Conservatives at the Reading Borough Council meeting on Tuesday stood alongside local residents to call for the Labour administration to scrap plans to close the Arthur Clark care home in Albert Road, Caversham. Residents protested outside the Council chamber before the meeting and packed the meeting to present a petition and ask questions of the Labour Lead Councillor.

Due to the large number of signatures on the petition a debate was generated at the start of the Council meeting. The Labour administration moved a weasel worded motion referring the concerns of the petitioners to the Council’s new Adult Social Care, Childrens’ Services and Education Committee which meets on Monday 1st July.

Thames Ward Councillors Ed Hopper and David Stevens then moved and seconded an amendment which called on the administration to “cease all attempts to close Arthur Clark care home”. This was supported by all Councillors except for the Labour administration. Even the single Caversham Labour Councillor and Labour’s Reading East Parliamentary candidate voted against the amendment!

After lengthy debate, Labour voted down the Conservative amendment and used their majority to push through their motion.

Cllr Ed Hopper said, “I wanted to give the Council as a whole an opportunity to say that the Arthur Clark home should remain open rather than see the decision pushed off to a committee of which only a few Councillors are members. I was pleased that so many Councillors supported my amendment but disappointed that Labour used their majority to override the views of others Councillors and the large number of residents in the gallery”.

Cllr David Stevens said, “This is the first time ever that the public has presented a petition with enough signatures to trigger a debate. I am amazed therefore that the Labour Group was not willing to listen to the strength of feeling locally and invest in this care home rather than just close it down. We will keep up the fight to ensure that the views of local people are heard and heeded.”

At the end of the evening after the presentation of the petition,exhaustive debate, and numerous questions Cllr Ralph (Independent) moved a motion which many had expected him to withdraw. It was rather after the fact, as the Labour administration had made their position clear in the earlier debate, but in the spirit of cooperation Conservative Councillors had decided to support Cllr Ralph’s motion and voted against Labour’s inevitable amendment. In the most bizarre moment of the night Cllr Ralph then voted in favour of Labour’s amendment and against his own motion!

Conservative Group Leader Cllr Tim Harris said, “It was a long and heated debate but what matters in this is the effect closure would have on the many elderly residents and the removal of a facility which should be retained to serve future generations north of the Thames. Conservative Councillors will be using every available opportunity to urge the Labour administration to think again and fight for a future for this much loved home.”