Conservative position on the Heights School 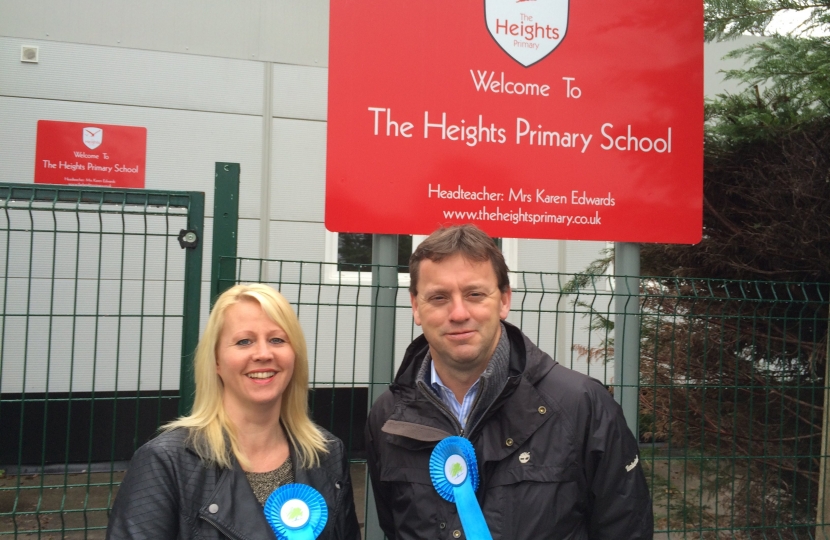 Conservative position on the Heights School

Following years of under-investment in Caversham schools by Reading Labour, local Caversham parents got together to put together a bid to the Department of Education for a new primary, because of the chronic shortage of school places in North West Caversham. The Parent Group's bid was approved last year. The bid was made in response to difficulties many parents were having with finding a local school place. Labour's failure to plan effectively for growing school-age populations across Caversham and Reading meant that primary schools urgently need to expand.

In June, the independent Education Funding Agency (EFA) announced that it had purchased 'Highridge' in Upper Warren Avenue for the new school. This was done without any consultation with local Conservative Councillors or the Member of Parliament. We recognise the anger this purchase has generated amongst many in the community.

Local Conservatives recognise and support the need for a new primary school in the catchment area. We believe that it is in the interests of all concerned to work together as a community to find the best possible site that has widespread support.

Therefore, following the announcement by the EFA, local Conservatives have:

Local Conservatives are not supporting and will not support one location against another.  Our view is that this is, and must be, a community inspired decision. There will follow in due course a planning application from the EFA to Reading Borough Council that will go before the Planning Committee in the usual way, where all of the concerns and problems with any site can be raised and considered. As a quasi-judicial process, any member of that committee must not form a fixed view in advance or publically state any opinion which could give rise to the conclusion that they have pre-determined that application. Local residents will have a full opportunity to submit their concerns and objections to the Committee as part of the planning process.

In the meantime it is important for community representatives to work together to try to find a solution which is acceptable to the majority of the community in west Caversham.