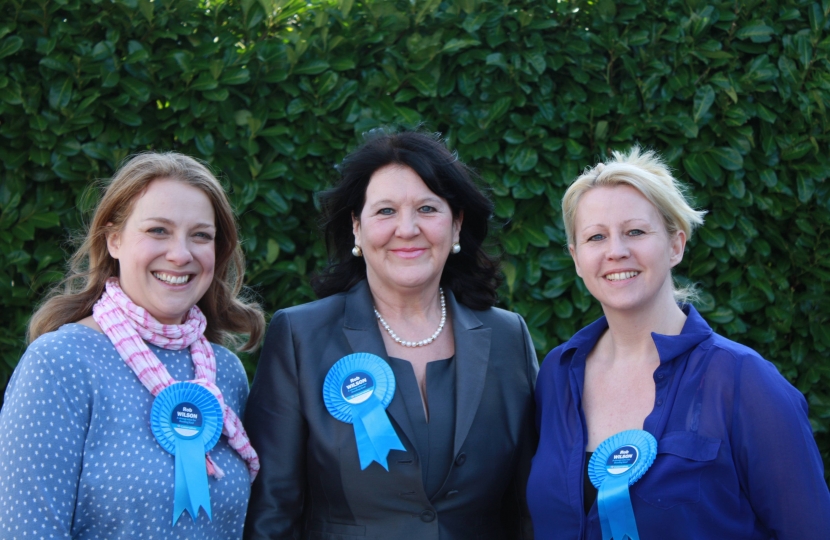 for the 7th May local elections.

Chairman of Reading East Conservatives Cllr Alison Swaddle said, “I am delighted that we have a team of strong women standing as Conservative candidates for these wards.

“Jeanette is a hardworking councillor and a strong voice for Thames ward. Clare Grashoff and Claire McDonald are new candidates wanting to stand up for residents and fight for better local services. ”

Cllr Jeanette Skeats has been re-selected to contest Thames ward where she has been a Councillor since 1996. Jeanette and her husband have lived in Caversham for over 30 years and raised a family here. She’s the Conservative Group Leader and served as Mayor of Reading in 2003/04. Jeanette is currently Chairman of Reading in Bloom and is a former Chairman of the Caversham Court Gazebo Trust.

Local resident Claire McDonald is standing in Caversham ward where she has lived for 40 years. She has run her own small business and raised three daughters who all attended local schools.

An active member of the community, Claire regularly attends the local Neighbourhood Action Group meetings. Claire says: “I want to be a strong voice for my community and make difference with the issues I know matter to local people such as parking, congestion and anti-social behaviour.”

Conservative candidate Clare Grashoff will be seeking to represent Peppard Ward. Clare has lived in the Caversham / Emmer Green area for 12 years and as the founder and owner of the popular Blue Duck Gallery in Caversham brings her experience of running a business for a decade.

Clare says: “I’m passionate about ensuring that education is improved across the borough and every child has a place at an outstanding school.”