Anthony Stansfeld was born in Newbury and West Berks has been his home all his life. He is currently an executive member of West Berks Council, and was a member of the Thames Valley Police Authority for several years taking over as Chairman of the Performance Committee in 2011. He has also been vice-chairman of the Audit, Governance and Risk Committee.

Anthony has had a career in both the military and in industry. He enlisted in the Army at 17. He joined the Royal Green Jackets and saw active service in Borneo and Northern Ireland. He learnt to fly helicopters at Middle Wallop and commanded various Army Air Corps Squadrons, including the Army helicopters in the Falkland Islands in the latter half of 1982.

He spent 2 years as Chief of Staff Intelligence in the Far East. On leaving the Army he was Marketing, and then, for 6 years, Managing Director of the aircraft company Pilatus Britten Norman, which had aircraft in over 100 countries. At the same time he commanded the Army reserve helicopters as a TA officer. All three UK Armed services use the aircraft he produced, and the Defender 4000, which he brought into service, is the last fully certified aircraft produced in the UK.

While in the Army he spent 4 months carrying out the reconnaissance for the crossing of the Darien Gap in Panama and Columbia, and led the first stage of Operation Raleigh, taking young people through the jungles of

Honduras and Belize. He was, for 8 years, a trustee of the Thames Valley Air Ambulance. He has an MSc and studied international terrorism and global security in depth at university. 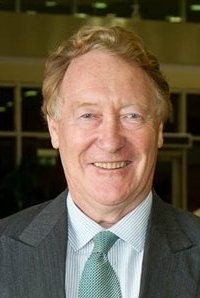 PCCs will be able to set the priorities for the police force within their force area, respond to the needs and demands of their communities more effectively, ensure that local and national priorities are suitably funded by setting a budget and the local precept, and hold to account the local chief constable for the delivery and performance of the force.

More information about Police and Crime Commissioner powers can be found at
the Home Office website.