Isobel was re-elected to represent Mapledurham Ward in May 2016, before which she had represented Thames Ward from 2006 to 2012.

Isobel was inspired to enter politics after being involved in two campaigns.  She led the successful 'Now Out of Catchment' (NOOC) sibling campaign in 2001.  The campaign closed a loophole caused by the Council's failure to protect NOOC siblings from being split between primary schools after changing the catchment areas.

Subsequently she got involved in the Kings Meadow Campaign (KMC), becoming its Vice Chairman.  KMC successfully lobbied English Heritage to get a Grade II listing for the Baths. This in turn protected the western end of the Meadow from being sold by Reading’s Labour administration for the development of a large private 6-storey hotel, apartments and conference facilities. The Kings Meadow Baths will be reopening following a major refurbishment and rebuild in 2017 under the new name of The Thames Lido.

As a councillor Isobel has had a variety of roles including the chairmanship of both the Planning Committee and the Education & Children’s Services Scrutiny Panel, as well as being the Conservative Group's spokesman on several areas over the years.  Most recently Isobel's main focus has been on Mapledurham Pavilion and a permanent home for The Heights School as these are the biggest local issues.

Isobel is Chair of Governors at The Avenue Special School where she helped oversee the school convert to academy status, becoming one of the first special schools in the country to do so.  In 2017 she led the recruitment process and appointed the new Head who will take over when Dame Sue Bourne retires at the end of the current academic year.

In addition to the above roles, Isobel is chairman of the Mapledurham Playing Fields Management Committee which looks after the day-to-day management of the playing fields and Pavilion. Sadly the main part of the Pavilion has been shut since January 2016 due to safety concerns with its structure.  Isobel also sits on the Planning Committee and the Strategic Environment, Planning and Transport Committee.

Isobel regularly knocks on doors to hear residents’ concerns.  Living in the area she represents, she is happy to be phoned or emailed and can readily meet up to discuss any local council-related issue.  She prefers getting out and about to speak with residents rather than having static Ward surgeries and is keen for anyone with an issue to contact her.

Isobel keeps a personal blog and a Facebook page Cllr Isobel Ballsdon with news and her views about the local area. She lives in Mapledurham Ward with her husband and two children, enjoying gardening, horse riding, music and walking.

Isobel is the Conservative Group's spokesperson for:

She sits on the following:

At the Reading East Conservative Association Annual General Meeting on 10th March 2020 a host of new officers were elected to help drive the group forward.

Cllr Isobel Ballsdon and 4 volunteer residents joined PCSO's in Mapledurham Ward to carry out a 2nd speed watch operation in the area.  A number of vehicles were caught speeding  and the top speed recorded was 46mph which is extraordinary in a 30mph zone. 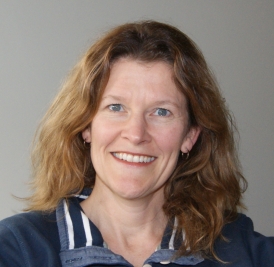