Simon Robinson was elected as the Deputy Chairman Political in March 2017 and re-elected in 2018 and in 2019.

Simon Robinson was first elected in 2014 as a councillor in Peppard ward and re-elected in May 2018 with an increased majority. He has lived in Reading for almost 30 years and in Caversham Park Village with his wife and family for the last 12 years. He works for Capgemini, an international management consultancy and technology company, as a senior manager in HR Systems.

He is at present the acting Chairman.

Following the recent resignation of our previous Chairman, David Stevens, Reading East Conservative Association Executive Council has elected Jane Stanford-Beale to serve as chairman for the remainder of the year until the 2020 AGM. 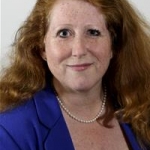 Alison Swaddle became President in March 2016 and was re-elected in 2019 to serve a second 3 year term. Alison is also the Chairman of Berkshire Area.

Paul was elected to represent Thames Ward in May 2019. 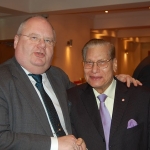 Dr Sharma is our Honorary Life President. He holds this position because of the respect in which he is held by the Association following many years of service as an officer at Association and Area level.