Bill lives in this ward and has lived in Woodley for 36 years, married to Hilary for 49 years and they have two daughters and 4 grandsons who live locally. Bill has been a town councillor since 2007. In  2013 he became the Mayor of Woodley and is currently Deputy Mayor of Wokingham Borough Council. Bill is a local Rotary Club member and was involved in the placing of the memorial in Woodford Park.

Bill says “It has been a privilege to serve on both the borough and town councils, a town and borough that we knew as soon as we moved to the area was a great place to settle. I look forward to continuing to represent you on Woodley Town Council “ 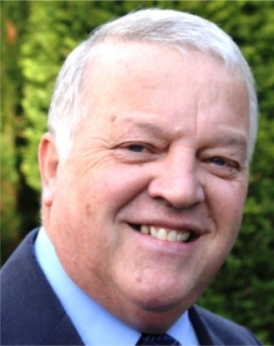