Abdul Loyes was first elected in May 2006 as a Councillor in Loddon Ward on Wokingham Borough Council and was elected again in 2011, 2015 and 2019. He has lived in the Borough since 1976 and is married to Nina. They have three children. Abdul runs his own catering business and believes his experience of running a small business is very useful and his knowledge of the local area enables him to recognize the changes needed to improve life in Woodley.

Criminal justice and youth offending have been of concern to Abdul for many years. He has worked with Thames Valley Police in a variety of volunteer capacities; from being a member of the Independent Police Advisory Group, an Independent Custody Visitor, a police volunteer, and a police interpreter. Abdul has been a trustee of Reading Citizen’s Advice Bureau and a panel member of the Reading and Wokingham Youth Offending Team. He is currently serving as a panel member of Thames Valley Hate Crime Scrutiny Panel, based at Reading CPS and is a member of Wokingham’s Independent Police Advisory Group (IAG)

Abdul has worked hard to help hundreds of local people concerned about issues ranging from planning to bus services to anti social behaviour. He is pleased that following his 2010 campaign with local residents to combat speeding on Hurricane Way, a chicane was installed to slow the traffic.

Abdul is currently President of the Shahjalal Bangladeshi Community Centre and has worked closely with the British Red Cross on international relief projects (particularly on tsunami relief efforts) and with the Bangladesh High Commission in London, on a number of issues relating to Bangladesh and to assist the UK’s Bangladeshi community.

Abdul thoroughly enjoys serving as Loddon Ward Councillor and was re-elected in 2015 to continue to campaign on the issues that matter to local residents.  He has worked with Rob Wilson MP and the Council to achieve a lot of progress for Woodley. He believes more work can be achieved working with the Police, the CCG, schools, Reading Buses and local GP’s to ensure that Loddon residents have safe and easy access to all their local services. 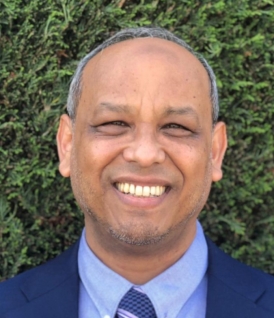