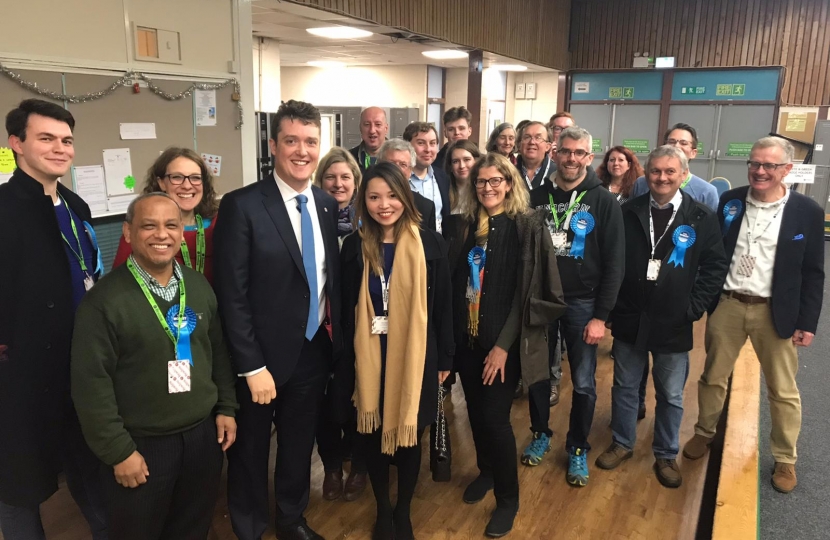 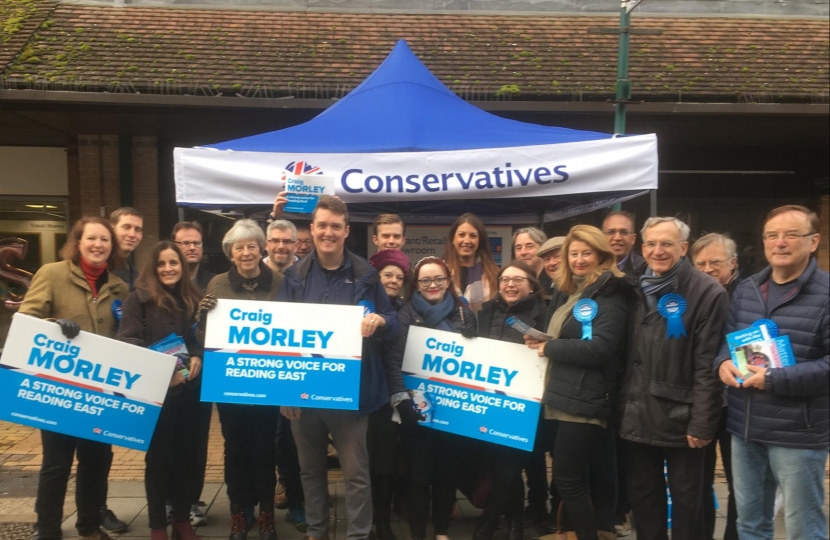 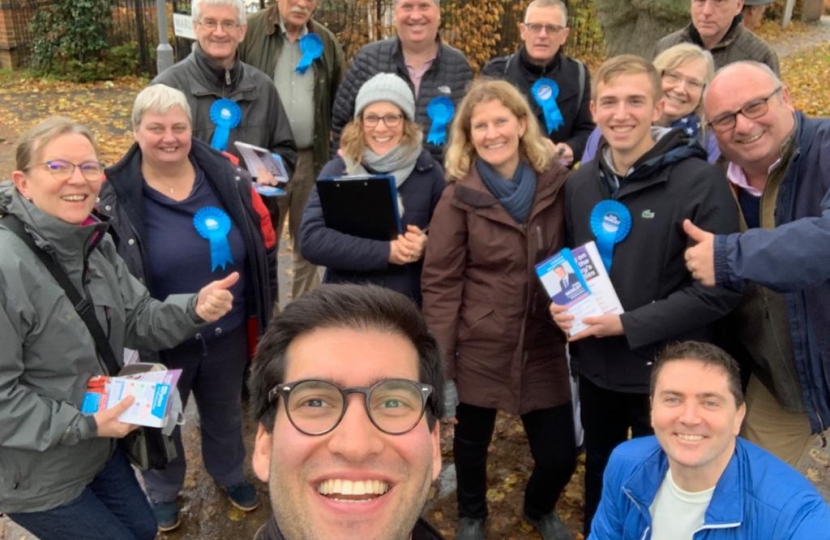 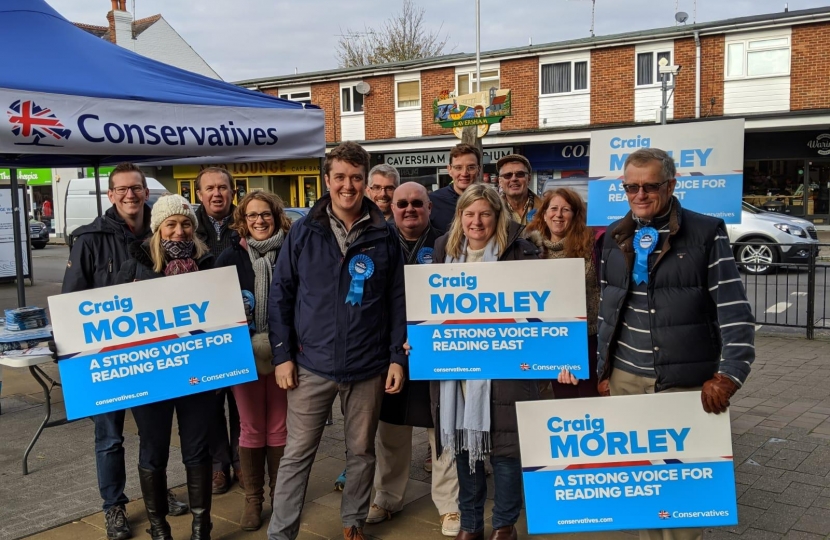 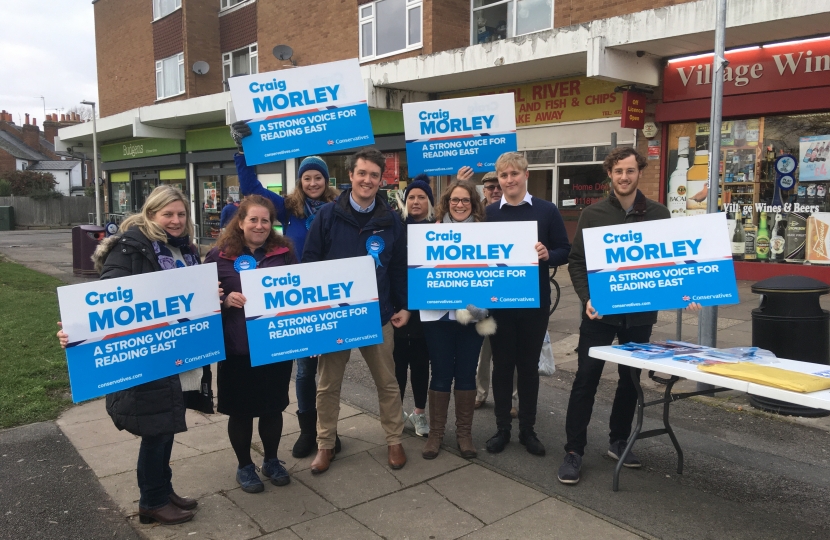 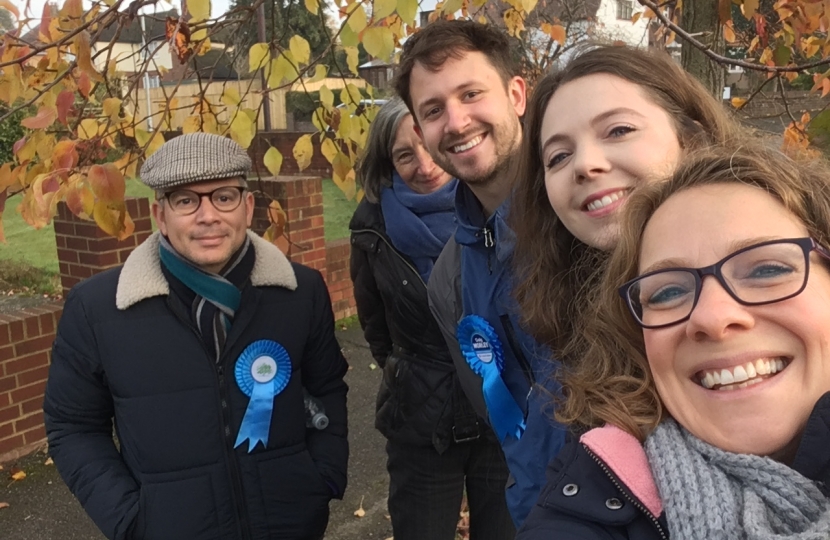 Conservatives from across Berkshire and many other areas were out in force during the General Election campaign to support our candidate Craig Morley.  Activists and Councillors from Woodley, Caversham and Emmer Green led the charge and we were joined by Theresa May MP and teams from Maidenhead, Ranil Jayawardena MP and teams from North East Hampshire, Sajid Javid popped in to The Moderation to join Craig for a pint and Matt Hancock and Andrea Leadsom both came to show their support plus many many others.  The team worked their socks off knocking on doors, answering questions and offering voters an alternative to the delay and instability which a Labour government would have brought to the country.  Despite not managing to get the votes to secure a Conservative victory in Reading East this time round Craig and the team were incredibly upbeat about their hard fought campaign, the number of people they had managed to talk to and the wonderful results that came pouring in through the night from around the rest of the Country. Special thanks to Craig for putting together an inspirational campaign and drawing a brilliant team together and also to the Conservative students who worked very hard helping us to get our message out in Park and Redlands.