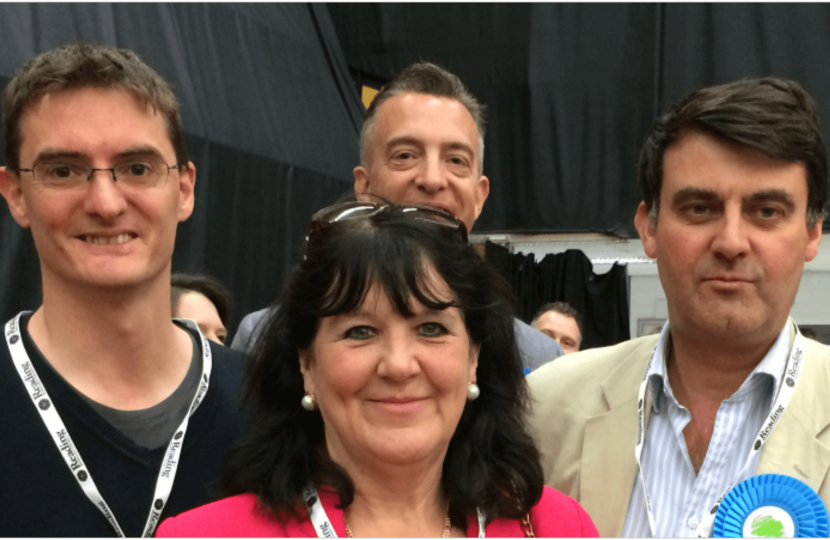 Role of a local authority

I think that it is obvious to all of us that local government is going through a process of profound change. Until 2010 we experienced a regular annual increase in grant from central government. Directorates were well funded. Spending on services grew. Since 2010, we have experienced a sea change and local authorities have been under increasing financial pressure. This has forced us to consider the fundamentals: what is the role of the LA? What are our core services? How can they best be delivered? There are no easy answers - not least because at the same time an ageing population and increase in numbers of school aged children has increased the demand for our services.

A 2% reduction in overall spending by this local authority

Cllr Lovelock  inevitably focusses on the reduction of the grant from central government.  Obviously this creates a challenge but we should consider its impact on our overall finances.  We  tend to focus on the Council’s general fund. This year we have a budgeted general fund spend of about £125M. We all tend to forget the authority’s total spend. Go to page B4 of the report and at paragraph 4) a) you will see that in total this year RBC will spend just over £400 million.  We receive income of about £330 M in the form of dedicated grants, rent, fees, tickets and fines and business rates.     This leaves about £68 M to be found from local residents in the form of council tax. In this wider context the reduction in revenue support grant of £8.7M represents an income reduction of about 2% - a contraction that any well run business should be able to absorb.

For the last three years the Labour controlled Reading Borough Council has made savings but also increased Council Tax by the maximum permissible amount without being forced to hold a local referendum. In doing so they declined to accept grants worth £1.8 million from central government. That is money that instead has been raised in increased taxes on the people of Reading.

So for the avoidance of any doubt we in this group would have found additional savings, accepted the grant from Central Government and frozen council tax for our residents. That is what our neighbouring authorities are doing.  That is what the Berkshire Fire Authority is doing. That is what at least 150 local authorities around the country are doing. Labour makes much of what they call a ‘cost of living crisis’ and yet it is them that each year that add to the cost of living for people on low and fixed incomes. We would be not be adding to that cost.

Labour would not spend more on Reading

The Labour administration rail against a reduction in the revenue support grant from central government and seek to imply that a Labour government would treat Reading far more generously.  I think that is highly optimistic.  We don't know much about Labour's spending plans but we do have some indication from the General Election campaign so far.  Jim Murphy, the new Leader of Labour in Scotland has helpfully told Scottish voters that Labour's planned  'mansion tax'  will fall most heavily on homes in the SE of England and that any extra money raised will be spent on extra nurses in Scotland.   It is pretty clear that even if a Labour led government were to raise extra tax - by whatever means - it isn't going to be spent in towns like Reading.  The Labour administration complain about the reductions in the support grant by the Coalition - but if they were honest they would admit that a Labour government would do just the same and that any extra funds would be spent in Scotland, the North or where ever else Labour sees its vote was crumbling in the face of competition from the Scots Nats, UKIP or the Greens.

Labour in Reading also always forgets to explain why Central Government is reducing the funding to local government.  Let me remind them.  The last Labour government left office with a massive deficit between income and spending and a rapidly growing debt mountain. This was unsustainable and would eventually have ended in chaos.  The coalition has spent the last 5 years trying to take charge of the finances. They have reduced the spending deficit and have a long term plan to halt the growth and then erode the national debt.   What would Labour do instead?

What would Labour make savings?

We believe that there is still further scope to make savings. We would consider things that Labour will not e.g. outsourcing refuse collection or street-care. This can be done for significantly lower cost by external providers and could save £s hundreds of thousands.   We would extend the range of services shared with neighbouring authorities – a proven approach that has significantly reduced operating costs.

Ineffective use of current resources

We are also unconvinced that the administration is using the current resources as effectively as it could. Clearly the SE Director of Ofsted doesn't think that they are.  In his letter to this authority he stated:

The evidence collected during the inspections indicates that RBC has not provided sufficient challenge or support to schools to enable them to improve quickly enough.  I am particularly worried that the local authority has failed to take action to prevent schools deteriorating to the point where they now require special measures.

In summary, Reading local authority has not been successful enough in improving its schools. Although some schools have improved, there are too many that have remained the same or have declined. There is an urgent need to tackle under-performance where it exists and to support and challenge schools to improve at a faster rate.

And this is from part of the budget that has largely been protected.

Impact of the grant reduction on the local economy

In fact the opposite has happened.

The unemployment rate in Reading has remained at approximately 4.5% for the last five quarters. We continue to enjoy considerably higher levels of employment and lower levels of unemployment than most other areas of England.

According to a report published on Monday 19 January by Cities Outlook 2015.  ,Reading has the most productive workforce in the country and ranks  number one in the UK for the economic contribution per worker.  The town ranked fifth for start-up businesses, third for the number of businesses per population and second for the highest wages.

I hardly think that Labour can claim any credit for the ongoing economic growth, the extremely low rate of unemployment in the town and all that means in terms of lives given meaning, fulfilment and aspiration.

As all local authorities resources are further reduced I think that we have to ask what is our role and where can we have the greatest impact in promoting the local economy. We certainly need to maintain the local infrastructure - although energy and the railways are not under our control.  We certainly can do more to improve the quality of roads in the borough. And I think that we need to push Oxfordshire County Council harder to agree to an eastern by-pass around the town. I think national government should play its part here. I think it overdue to recognise that an economic powerhouse 21st C 'city' should be constrained by lines on a map drawn before the Victorian era.

What would Labour cut to increase funding to local government

But the fundamental question remains.  If the Labour want to maintain spending on the NHS, Education, pensions and overseas aid, it is inevitable that other areas - primarily defence and local government - take a disproportionate hit.  None of us who are committed to local government relish that challenge, but I think it has to be recognised.  I see no benefit in complaining about a 2% reduction in our spending.

We Conservatives support the government's long term economic plan. We would accept the spending reductions to local government. We would take the Council Tax freeze grant from Central Government and find other savings to freeze council tax - and not add to the cost of living for those on low and fixed income.  We oppose this budget and increase in council tax.