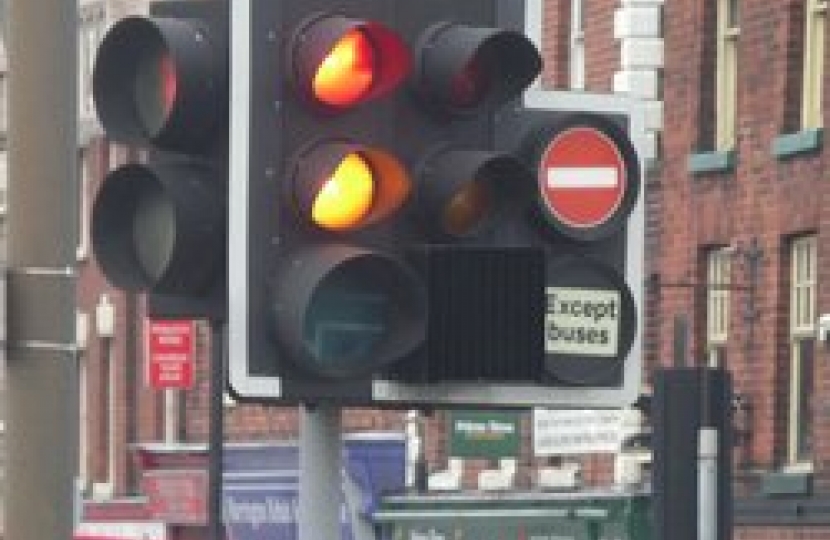 Two more sets off traffic lights will be switched off over the next fortnight as Reading Borough Council’s major review of traffic signals across the town continues. Today (February 28), the traffic lights at Gosbrook Road, junction with Westfield Road, were switched off. The pedestrian crossing has been retained to aid pedestrians crossing the road.

From the following week – Monday March 7 – the traffic lights at the Meadway, junction with Combe Road, will also be removed. Again the pedestrian crossing will remain in place. And on Monday March 14, works will begin to remove the hated ’build-out’ on London Road, at the junction with Eldon Road.

Earlier this year Richard Willis, Lead Councillor for Transport, ordered a major review of traffic light controlled junctions. Reading Borough Council asked residents to participate in the wholesale review, gauging opinion on which junctions flow well and those where improvements could be made. 28 junctions were proposed by the public for removing or changing the lights. 20 junctions across town were identified by Officers where it may be possible safely to introduce changes – or even remove traffic lights altogether – in order to speed up journey times.

The traffic lights at Jackson’s Corner, on the Kings Road  junction with Duke Street and High Street, were switched off late last year following a detailed safety audit, as part of the Council’s on-going commitment to remove delays for motorists wherever possible.
The work at Gosbrook Road, the Meadway and London Road, continues the process of implementing changes. Further improvements as a part of the traffic signal review will be reported to a meetings of the  Transport Management Advisory Panel on 17th March.

Transport officers will now continue the process of looking into key factors, like casualty information and limitations due to the size and make-up of junctions, before further changes are made at the remaining recommended junctions.

Richard Willis, Reading's Lead Councillor for Transport and Planning, said 'The programme of reviewing and removing unnecessary traffic lights is proceeding well. Each junction has to undergo an exhaustive safety review before changes are made butReading's Conservatives are pleased that more lights have now been cleared to come out. The removal of the hated ‘build out’ at the London Road/Eldon Road junction will help to increase the capacity along London Road which should improve traffic flows. Further junctions will be announced in the near future.'

Reading has seen significant changes in development over the past decade which have seen traffic patterns alter considerably. Significant new developments have created varying demands on the town’s road network and research shows there has been a significant increase in the use of public transport, walking and cycling. Work has confirmed that traffic patterns have changed and some key junctions would operate more effectively if they were revised. The junctions that have been recognised to date are mainly traffic signalised junctions.