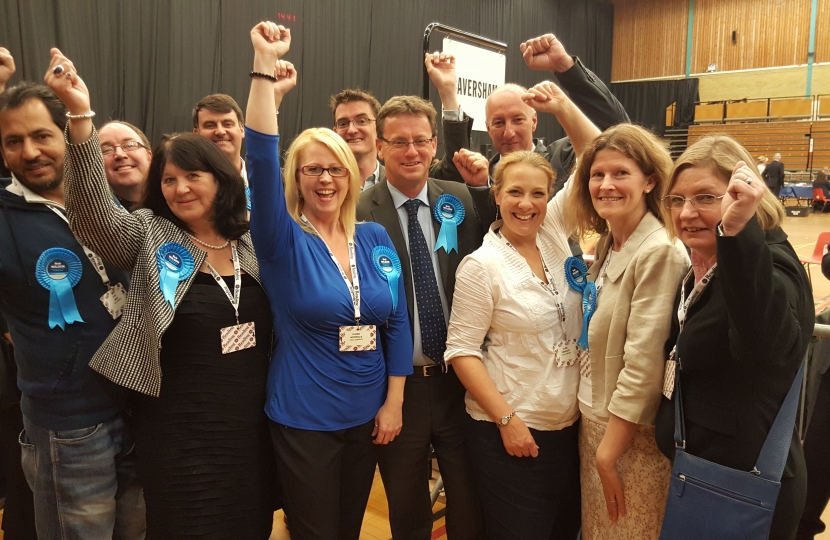 Reading East Conservatives are celebrating Rob Wilson’s great victory and are delighted that he will continue to represent Reading East as our MP in Westminster for a third term.

We are also celebrating success in the local elections.

Claire McDonald was elected in Caversham and Clare Grashoff in Peppard ward holding seats on Reading Borough Council that had been represented by Tom Stanway and Richard Willis.

We are all very proud of Laura Blumenthal for winning Southlake ward – which has been a Lib Dem seat for many years.

Many thanks to all the Conservative volunteers who played their part in these triumphs. Delivering, knocking up, canvassing, telling, donating, displaying posters – all these important things made a difference and won votes. We are very grateful to our supporters.

Those who stood in the local elections without success also deserve praise as they worked hard and supported Rob’s campaign tirelessly.

There will be local elections in May 2016 and we will soon be inviting applications from anyone wanting to be approved as a Conservative candidate.