The General Election Campaign has begun! 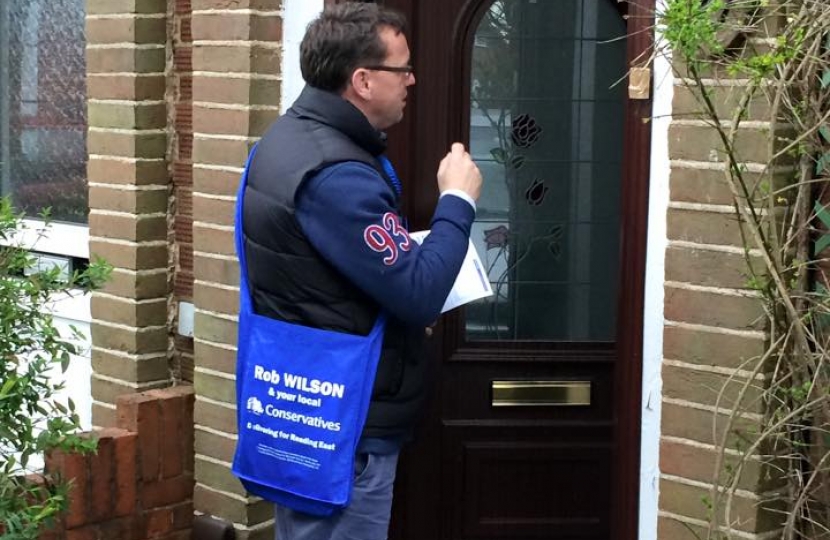 The election campaign has been in full swing this week following the dissolution of Parliament and I’ve been out and about in Reading East, knocking on doors and speaking to local residents.

I’ve been greatly encouraged by the reaction on the doorstep and the vast majority of residents to whom I have spoken understand and support the work of the Conservative Party both at local and national level.

I am hearing repeatedly that our stewardship of the national economy is a big factor in residents’ intention to vote Conservative. Our long-term economic plan has navigated us from the brink of economic disaster in 2010 to our current position as one of the fastest growing economies in the developed world. The deficit has been halved, 1.9 million jobs have been created and we have backed businesses by cutting corporation tax and national insurance.

Likewise our belief in lower, fairer taxes is proving a big incentive to vote Conserative. In Government we have cut taxes for over 25 million people, including 40,000 people in Reading East where 3,000 have been taken out of paying tax altogether.

Fundamentally it is the stability and competence of our long-term economic plan that residents seem to find most reassuring.

The consequences of a high-tax, high-spend, debt-obsessed Labour Government - propped up and directed by the Scottish Nationalists - is too frightful to contemplate. It's been particularly telling that even local residents who have voted Labour all their lives cannot bring themselves to do so again this time.

Locally I am proud of what I've been able to achieve in ten years representing the constituency, securing major investment in transport infrastructure, boosting choice and diversity in education and pushing for continual improvements in the NHS. I've also worked to reduce the level of unemployment to under 1,000 people through supporting businesses and initiating and organising 8 Reading Job Fairs.

If re-elected on May 7th I will continue to work with the same dedication and determination to which I hope local residents have become accustomed.

To be successful however I will need help and support to spread the positive Conservative message to households across Reading East. The hardworking and dedicated Conservative team is out and about on a daily basis and if you would like to aid us, whether it be by delivering, stuffing envelopes or even just putting up a poster, all help would be very gratefully received.

I look forward to welcoming you to the Win With Wilson team!