Reading Conservatives are deeply saddened to learn that former Mayor of Reading Fred Pugh died on Thursday 15 October at the Royal Berkshire Hospital. 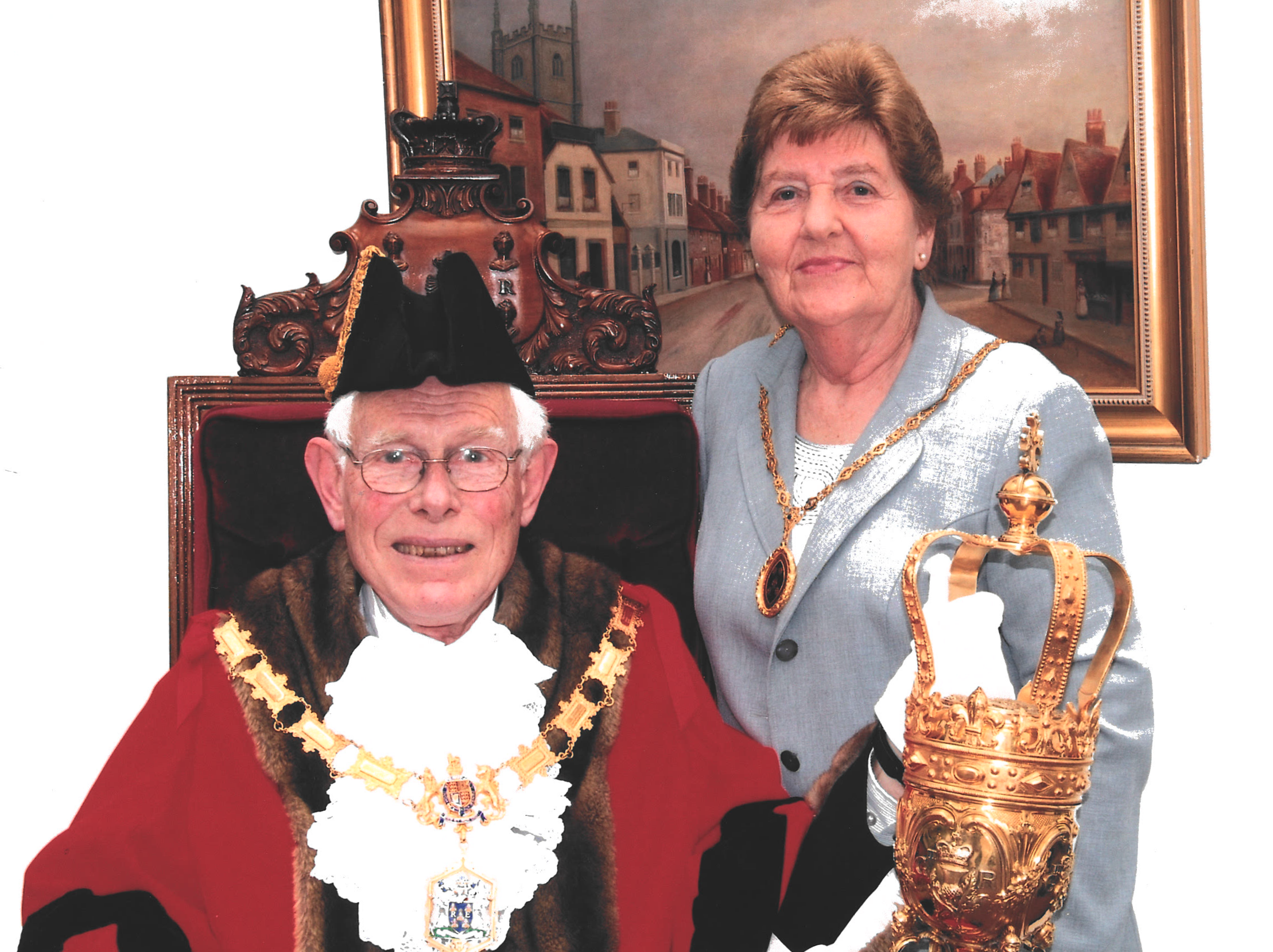 Fred, who was 85, had been a dedicated Conservative councillor, as many of you will know. He served the town for more than 30 years, having been first elected in 1976.

"Fred led the Conservative Group for 10 years taking it from a base of just 3 up to 14 Conservative councillors in 2007 at which point he retired from the front bench.

"Fred had a wonderful Mayoral year in 2009-2010 with his loving wife Jean always by his side. It was an honour that meant a lot to him and he conducted his duties with the utmost diligence."

"I was greatly saddened to learn of the death of my friend and former council colleague Fred Pugh. Fred served his town faithfully for many years as a councillor and was forceful and formidable in the role. He was a good friend and it always came across to me how dearly he loved his family.

"My condolences to them and particularly his wife, Jean, who forged a long and successful marriage over many years."

"I am very very sad and shocked to know that dear Fred has left for his final journey. I had known him for many many years. He was very kind and helpful. His valuable advice were very useful to me during my chairmanship of RECA and Berkshire Area Chairmanship.

"A very friendly person with a good smile. He will be very sadly missed and my sincere condolences to dear Jean".

"Fred was a thoughtful, honest, straight-talking man. He was always happy to listen to other people's points of view and could be persuaded to alter his as a result.

"He loved his family, steam trains and Sweeney & Todd pies. He also cared deeply for Reading, working collaboratively with others across the political divide. One of his final achievements was helping to raise the funds to commission a fitting statue for Trooper Fred Potts."

If you would like to send Jean a card or flowers but don't have her address, Isobel is happy for you to send them care of her at: 10 Fernbrook Road, Caversham Heights, Reading, RG4 7HG. Isobel will then deliver them round to Jean.

At the moment Reading Borough Council is unable to hold a Civic service but we are told that officers will be looking to do so in the New Year once restrictions allow.

It is likely that the funeral will be restricted to close family due to the limited number of people allowed at the moment into services. For further information do email office@readingeastconservatives.com

Today we have published our Covid-19 UK Vaccines Delivery Plan, setting out how we plan to deliver the biggest vaccination programme in British history, to protect all those who need it most as quickly as possible.