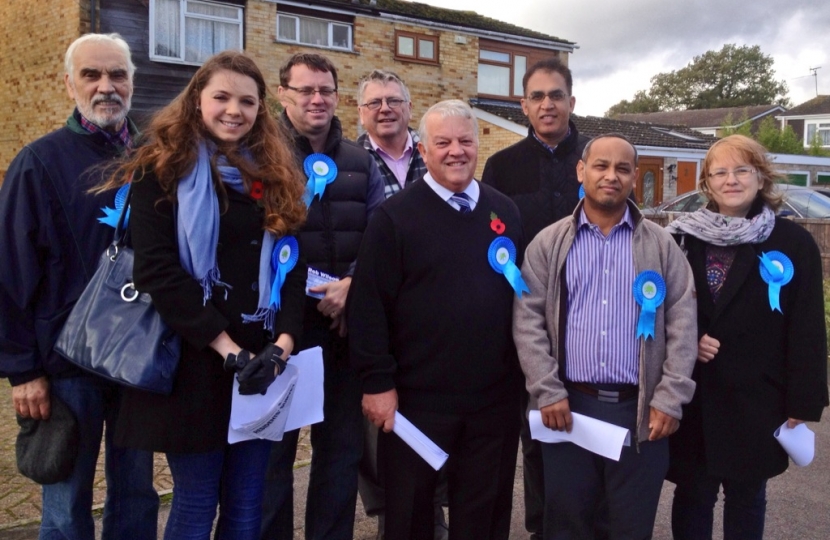 We achieved our main campaign aim in our Wokingham Borough Wards and won the seat in Loddon Ward for the Conservatives and significantly improved our share of the vote in both Southlake and Bulmershe & Whitegates Wards. (Results below)

We want to thank everyone who voted Conservative and to thank all of our team for their commitment and determination throughout the last 12 months to get the message across to voters that the Conservatives are making the right decisions for Woodley.

Congratulations to Bill Soane on his election in Loddon; well done to Dave Mills for coming second in Bulmershe & Whitegates( we were pushed back to third in 2012) and well done to Laura Blumenthal for coming only 78 votes short of winning in Southlake.

The political make-up of Wokingham Borough Council is now;