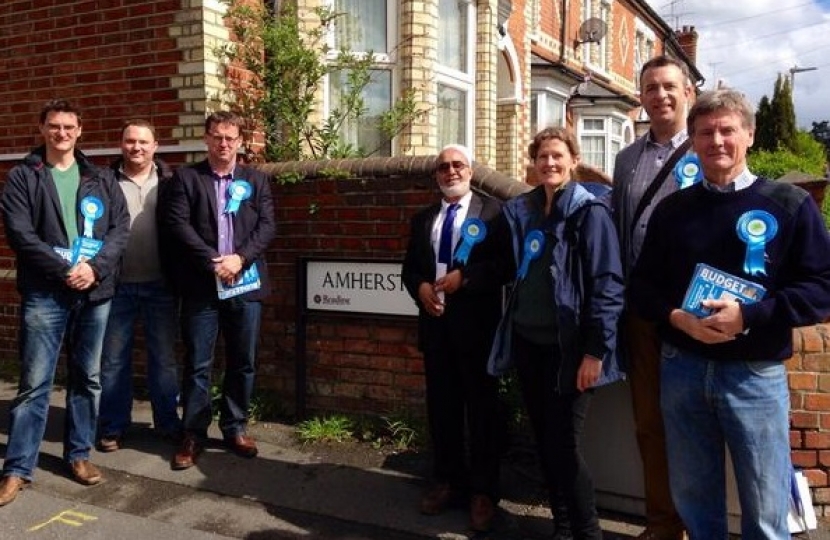 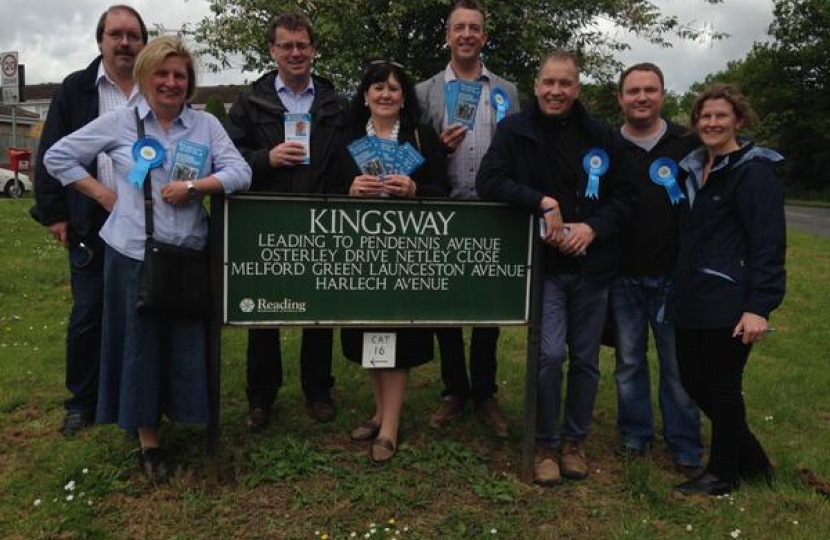 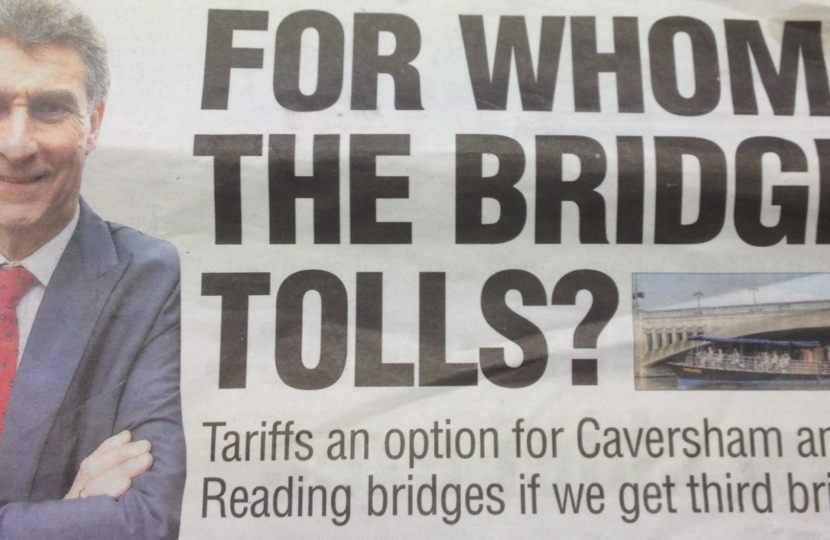 Today many local people in Reading East will have the chance to vote for who represents their interests at both a local and a European level. These are important elections and I encourage everyone to vote.

Locally, your Conservative team in Reading is focused on the issues that matter to people most, working diligently to improve the lives of hardworking local people whilst continually taking the fight to the Labour-run Reading Borough Council (RBC).

Whether it is voting against Labour’s Council Tax increase of 1.9%, striving to deliver first class educational institutions, protecting our green spaces or campaigning to protect vital community services such as the Arthur Clark Home and Albert Road Day Centre from closure –your Conservative team has continually shown that it listens to and acts upon the views of local residents.

Conservatives have also shown that they are willing to take the initiative, to lead the way on important projects that will be of great benefit to Reading and the surrounding area. It was the Conservatives who put in place the plans for the pedestrian/cycle bridge, who campaigned to ensure that Crossrail will come to Reading and who are now working to make progress on a Third Thames Bridge.

I therefore read with disbelief last week Cllr Tony Page’s comments in GetReading. The party which brought you the one way IDR, plus zealous parking and bus lane fines says that if we are successful with a Third Thames Bridge bid, Labour may well implement a toll system on Reading and Caversham bridges to avoid through traffic.

The point of the Third Bridge and a by-pass around the town is specifically to avoid through traffic! Cllr Page says his scheme would exempt people living in the area but would place a charge on those who do not. He even broached the possibility of eventually placing tolls on all three bridges.

Leaving aside that for economic reasons (retail  shopping etc.) Reading Conservatives are continually  working to encourage people into the area, it seems  that Cllr Page and Reading Labour are advocating the complete opposite, whilst thinking of new ways to make a quick buck.

Experience shows us what this means. Under Labour, any toll might start by being low and avoiding certain groups, but quickly, the creep will begin with a smaller area being exempt and a larger charge made for use of the bridges. It won’t be long before we will all be paying to use Caversham and Reading bridges.  It’s the same old Labour, you cannot trust them.

Just as with Council Tax increases, we Conservatives will fight adding these extra costs on local people and I encourage people to get out and pledge their support to their local Conservative candidate.

At a European level, our Conservative representatives are once again demonstrating their determination to listen to the views of the British people and to deliver the real change that the people desire. Conservative MEPs are continually fighting Britain’s corner in Europe, standing up for our interests and working to bring back power from Brussels.

We are the only party that will guarantee you an in-out referendum on Britain’s membership of the EU: Labour and the Lib Dems refuse to give you a referendum and UKIP cannot deliver one. The Conservatives plan to negotiate a better deal for Britain and then, regardless of the results, give you an in/out referendum by the end of 2017.

Remember, a vote for the Conservatives in Europe is a vote for change.

If you require any further information on your local or European candidates, this can be found by visiting: www.readingeastconservatives.com and www.conservatives.com/europe.