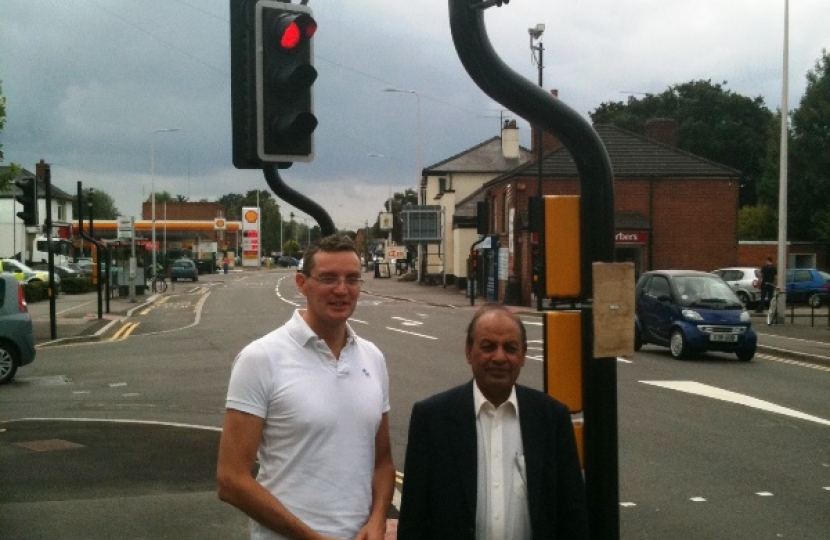 With the sole objective of improving the road layout on Shinfield Road, Cllr Harris moved a motion calling on the minority Labour administration to take specific actions to alleviate the problems caused by the new road layout and traffic signals at the ‘Merry Maidens’ on Shinfield Road.

It was the Labour-led council in 2009 that instigated, designed and approved the changes to the road layout of the Shinfield Road, and the plans and contracts for the work were well underway when the Conservative and Lib Dems took control of the council in May 2010.

Although a Labour amendment to his motion was passed, Cllr Harris is pleased that as a direct result of pressure from local Conservatives, the council agreed that:

Cllr Tim Harris said, “I was delighted that we managed to achieve this outcome. Labour, Lib Dems and Conservatives voted for increased transparency, a consultation and action. Hopefully this will bring about an end to the congestion and also increase safety. It is also likely to result in a reduction in pollution and so I was surprised that the Green Party councillors abstained. I would also like to understand how Labour got this junction so wrong, to ensure such a colossal waste of everybody’s time and money doesn’t happen again in Reading.”

Fellow Conservative Church Ward councillor Azam Janjua spoke out during the debate and said that Labour should apologise for the massive inconvenience that they have caused local residents.

This council understands our local constituents concerns; that the new road layout at the ‘Merry Maidens’ junction (approved Cabinet 2009) on the Shinfield Road:

This council notes that even in these austere times that the previous administration (2010/2011) managed to put significant funds aside to correct this road layout.

Therefore this council resolves to:

Proactively consult and document views of local residents and interest groups, within 90 days of this motion

Based upon both the public consultation and the results of TRL response, this council requests that the cabinet reports back to full council on what action it intends to take to remedy this unsatisfactory situation by end January 2012

The amended motion agreed by the full council meeting reads:

This council understands our local constituents concerns about the new road layout and notes the on-going review of the Shinfield Road Scheme being undertaken by the Transport Research Laboratory which is due back to the council in Late July 2011. It resolves that TMAP on 8th September will consider the report prior to further consultations with local residents and businesses and requests a subsequent report to the cabinet on 28th November with recommendations for any further improvements to the scheme.