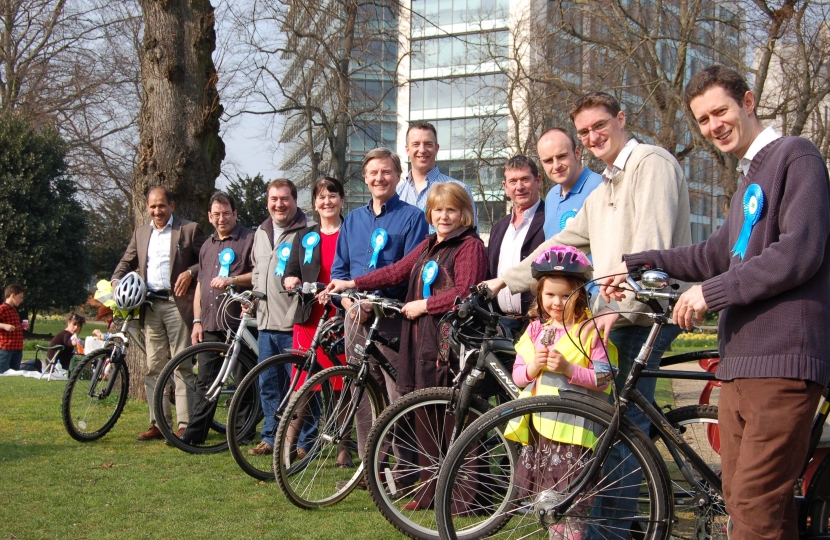 Reading Conservatives are celebrating the award by the Conservative-led government, of £4.9m from the Local Strategic Transport Fund. The decision, which was announced on Tuesday 5 July, was submitted by the Council’s previous Conservative / Lib Dem coalition. It is the only award from the fund to a Berkshire authority.

The bid included a significant element to develop Conservative plans for a major new bike hire scheme for Reading, with around 1,000 bicycles available for hire at 100 - 150 docking locations, making it the largest such scheme in the UK outside of London.

Conservative Transport Lead Cllr Richard Willis said “This is fantastic news for Reading people, stemming from decisions made by the previous Conservative-led Council coalition. Once again the national Conservative-led Government has provided significant funds to improve the transport experience for pedestrians, cyclists, car and bus users.”