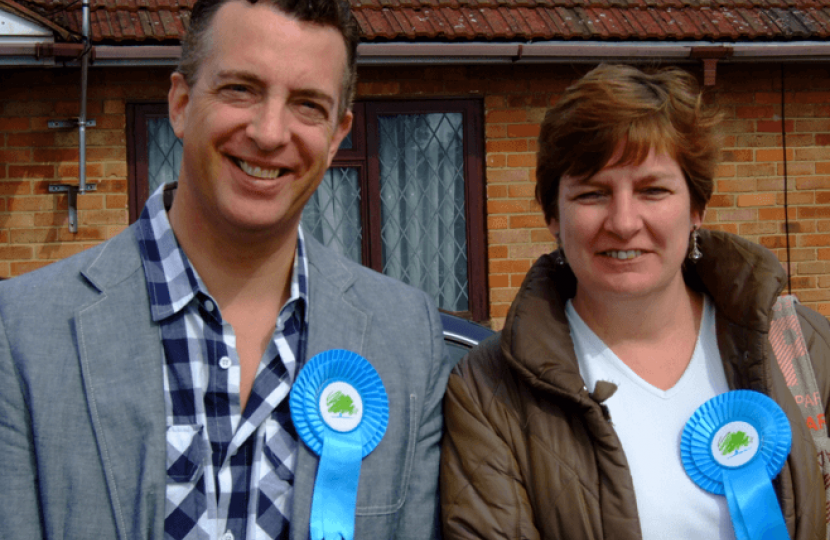 The car park is privately owned, and managed on behalf of the shop keepers by Wolfe Property Services Ltd, a London-based management company. In August 2011 Cllr Richard Willis wrote to Wolfe to ask them to take action to deal with the poor state of the car park. Wolfe responded with a planning application (12/00351/FUL) to replace the paving slabs in front of the shops with Tarmac, and to properly resurface a large part of the car park. This was approved by the Council but unfortunately proved unaffordable for many of the smaller shops, some of which are struggling to remain in business (“Blockbusters” is currently in the process of closing down).

In summer 2012 some repairs were undertaken to fill the existing pot-holes but new cracks developed over the winter and these have now developed into a massive hole around 6 inches deep and several smaller growing pot-holes. With recent wet weather it is impossible to see how deep the holes are and there is a real risk of a cyclist coming to serious harm or a driver suffering serious damage to their vehicle.

Cllr Jane Stanford-Beale said, “I have recently written to Wolfe Property Services to point out the dangers being caused by the growing pot-holes and calling on them to take urgent action to make the car park safe. I am also contacting the head offices of the national chains like Budgens and Lloyds Pharmacy to urge them to use their larger resources to ensure that the car park is repaired. They have a duty of care to their customers and other car park users.”

Cllr Richard Willis said, “Both Jane and I are determined to get urgent action on this. I have discussed the state of the car park with some of the shopkeepers this month and understand that they are now pressing Wolfe to undertake smaller scale emergency repairs to the pot-holes. It is important that whatever happens, the cost of repairs does not drive the smaller shops out of business, but the car park must be made safe as soon as possible for the public to use.”