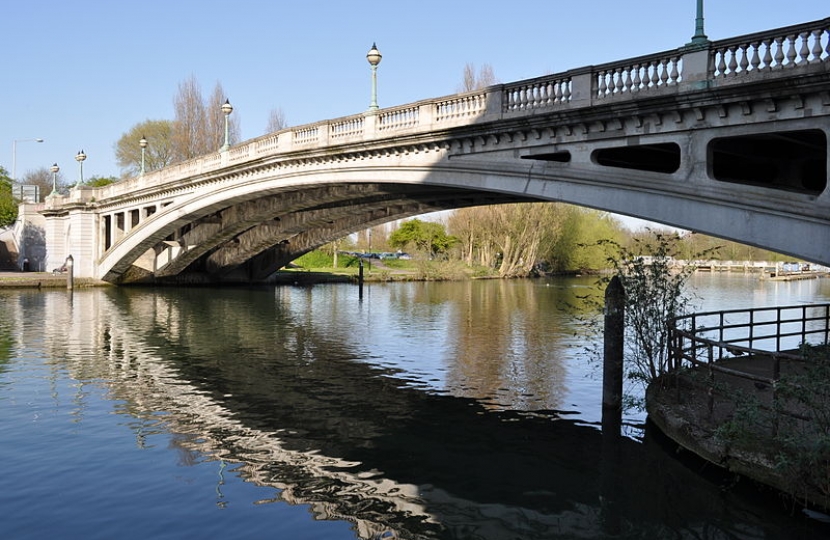 Reading Conservatives have expressed grave concerns over plans to close one lane of traffic on Reading Bridge in order to accommodate two new cycle lanes. The plans, which were reported at the Reading Borough Council Cycle Forum on Thursday 10 April, have not undergone any public consultation and are not on the Council’s website. The intention is to cone off one lane southbound in order to assess the impact on existing traffic flows, before removing the lane permanently to install a cycle in each direction.

Conservative Transport Lead Cllr Richard Willis expressed concerns at the meeting despite the measure being supported by the cycling groups. Speaking after the meeting Cllr Willis said, “I understand that Reading Bridge is a dangerous route for cyclists but there is already a shared cycle lane on one of the pavements, and the Labour administration is also proceeding with our plans for a new pedestrian/cycle bridge over the Thames, between the two existing bridges. The money for the new bridge has been provided by central government and the planning is now well advanced. There is therefore no need to reduce the capacity on the existing bridge and cause inevitable further congestion and tail-backs.”

Transport Officers at the Cycle Forum were unable to confirm that the Bus Company has been consulted on the proposal.

Cllr Willis continued, “I have asked that Transport officers look at this again, after they have consulted with the bus company, and keep me advised on their conclusions. I have grave concerns that the existing plans would cause chaos on what is already a key pinch point in the road network.”

Conservative Group Leader Cllr Tim Harris said, “The Conservative Group has been consistently supportive of improvements for cyclists in Reading but this is not the way to do it. The Conservative proposals for a new pedestrian/cycle bridge are coming forward and this bridge will deliver benefits for all without causing unnecessary traffic congestion”.