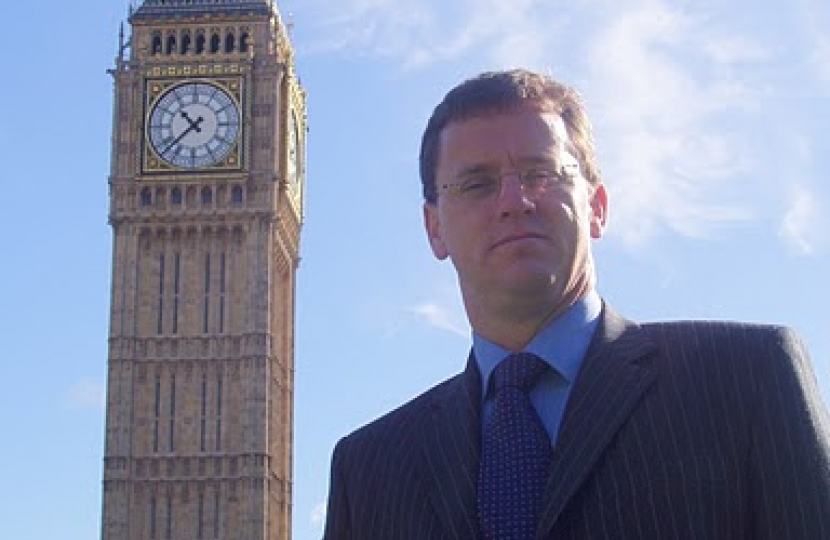 Reading East MP Rob Wilson gave this speech today in the House of Commons as part of the debate on city status.

Rob is fully supporting the campaign to win city status for Reading. Reading East Conservatives are backing the bid which is being funded by local firms keen to access the increased business and investment that city status will bring. We are proud of our town and believe that Reading deserves to be recognized as the next British city.

Can I begin by congratulating my Hon Friend, and indeed friend, for securing this debate today.  He has set out with passion and in a compelling way why he believes Reading should become a City.

As my Hon friend has covered much ground, I will limit my remarks today, and for the purpose of both viewers watching on the Parliamentary channel say that my views on Reading and City Status are well aired in detail elsewhere.

As already remarked this is Reading’s third attempt at becoming a City and I know a bit about the previous attempts because I was around at the time and serving on the Council.  What is noticeable to me is that this attempt feels different.  I don’t say this because Reading is the bookies' favourite – in fact I would rather we were not as favourites in politics have a knack of losing.

I say it because the first two attempts were top down decisions to mount bids, which if I’m honest were not supported beyond the local ruling elite.  Indeed, I think I found them slightly embarrassing as the local Reading public largely ridiculed them.  The problem was that the Reading public did not believe in the bids because they were not in any way part of them. What they actually saw, for example, was the local Council putting up signs directing people to the ‘City Centre’ when they knew it was a ‘Town Centre’. The public thought it was slightly crackers and so did I.

This time it feels very different.  There is a more grass roots, ground-swell feel this time.  My constituents feel involved, they believe the time is now right, they are behind the bid.  They understand that Reading has changed and developed radically over the years and is now ready for the next step – for a new era.

People who come to Reading tend to stay for a long time because of the quality of life and the good jobs.  So my constituents have seen the change from ‘sleepy Berkshire market town’ to ‘capital city of the region’.

My Hon Friend has already spoken about the strength and vibrancy of Reading’s economy.  But it is accepted around the country by numerous research organisations that Reading now has huge economic significance.  The influential ’Centre for Cities’ recently described Reading as “a city to watch” and one of 6 cities “best placed to lead the UK’s recovery” from the economic crisis and recession.

People in Reading know and understand the economic contribution that they are making to the region and national economy.  They take pride in it and know the Town is ready to become a City.  They are as confident and forward looking as the Centre for Cities study.

Reading would be a ‘City Region’ in its reach and influence.  We should not think of Reading based purely on its Borough boundaries – as these are merely what came out of a botched local government reorganisation in the 1990s.  Many people who don’t live within Reading’s boundaries believe they are part of the economic success story that was unleashed by the 1980s economic revolution.

It is interesting to note what underpins Reading’s economic success. I would pick out two factors.  First transport.  Reading has a railway station that acts as a national hub with connections that run across the length and breadth of the UK. During the previous Parliament I campaigned for and was pleased to secure (working with others) the £half a billion investment the station required.  This investment recognised Reading’s strategic importance as a transport hub and reflects why it is a city in all but name.

Close to Heathrow; the M4 running past its front door; fast train services to Paddington.  Whether travelling by road, rail or air, Reading has the connections required!

The second factor is education which creates the highly skilled workforce.  As education is a passion for me, I do want to say a few words about Reading in this respect.

According to DoE figures, Reading is the highest ranking authority for ‘A’ and ‘AS’ Level results. Of course this is nothing to do with the LEA, which has been consistently hopeless on education matters, but has much to do with Reading’s two state grammar schools – Kendrick School for Girls and Reading School for boys.  Both consistently lead the country in exam results.  Reading School has been named as the best state school in the country by the Times.  I also have a crop of very fine independent schools in my constituency in the Abbey School, Queen Annes and Leighton Park.

Reading is also taking advantage of new government policy, with Highdown becoming an academy and showing huge improvement.   I am hopeful that a bid in east Reading for a first class university school, backed by world class companies Microsoft, Cisco, BT and Blackberry, will be successful and lead to further improvement in the quality of education in Reading.

I am pleased the school is backed by Reading University, which plays such an important role in Reading.  As a former President of Reading University Students Union, I have enormous pride in my University.  The University received its own Royal Charter in 1926, having been a spin-off from Oxford prior to that.  It moved to its attractive main campus, Whiteknights, in 1947 and today has 16,000 students (32 per cent who are post grads).

It has international reputations in Cybernetics (as you might expect for a technology town) and also meterology.  The Walker Institutes work on climate change received worldwide recognition.  The Departments of Science & Engineering and Agriculture are a beacon for overseas students, while Henley Business School is the largest in Europe and operates all over the world.

I have no time to talk about the thriving social, cultural, artistic and creative communities in Reading.  But my Hon Friend has already given you a flavour.

Our University, our schools, our transport, our economy give Reading enormous strengths.  But it is the people of Reading who make the place what it is.  It is they who have prepared Reading for City Status, it is they who now ask the Queen and Ministers to bestow it and give them the recognition they deserve.