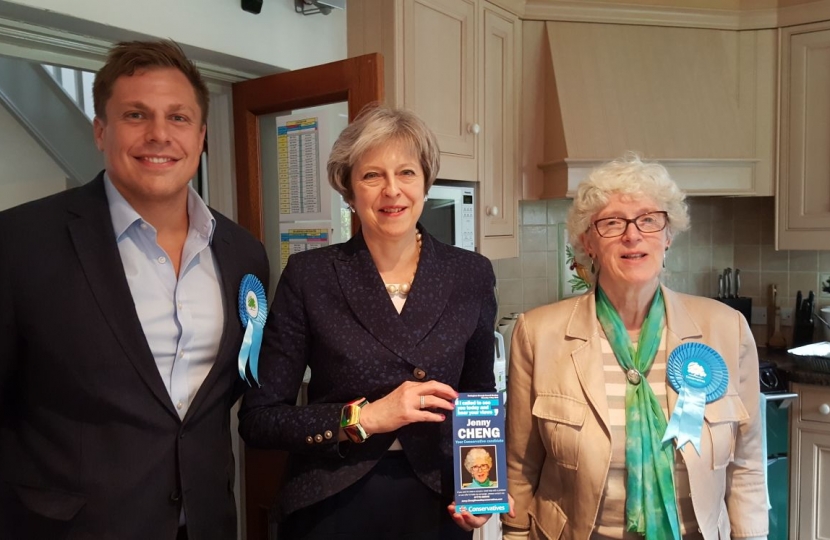 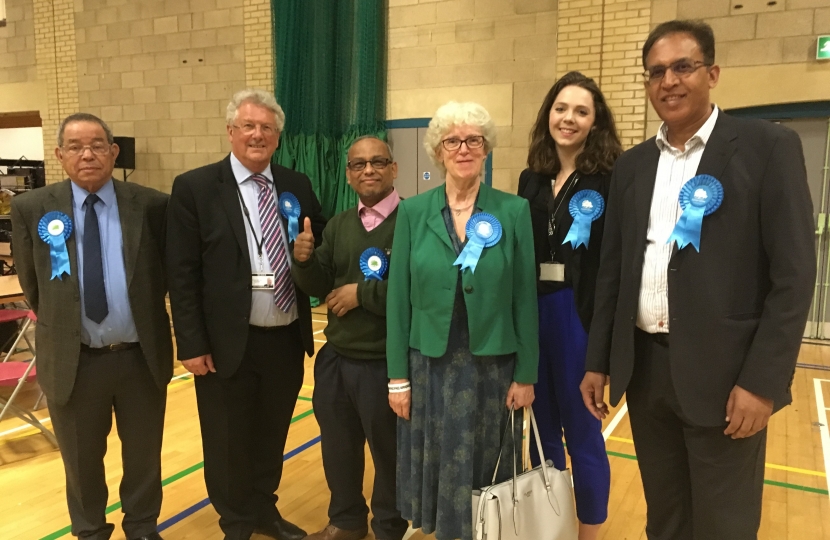 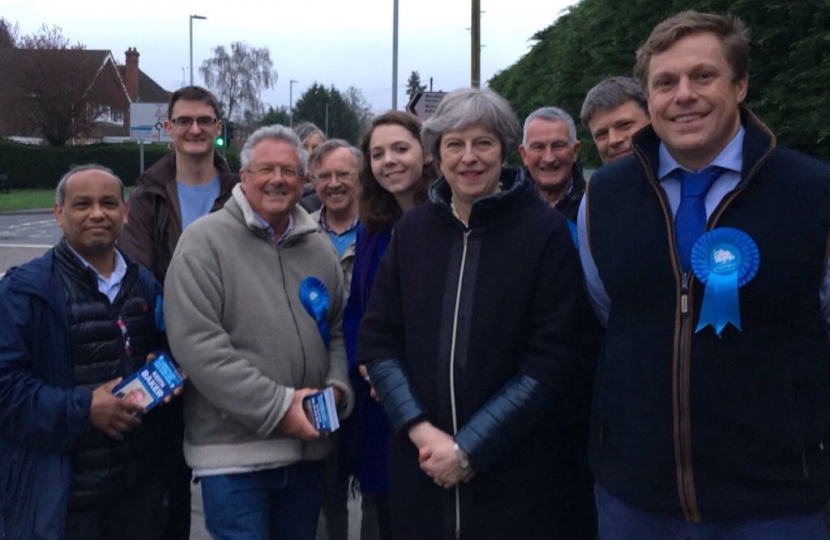 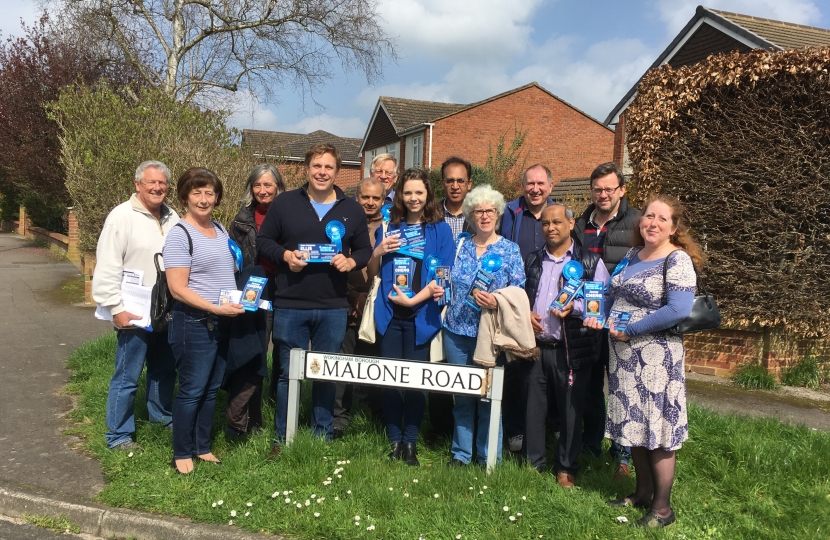 We had a fantastic Conservative team of candidates standing in Woodley and Whitegates this year and an amazing Conservative campaign team supporting them.

We welcomed former Reading East MP Rob Wilson to our team on many Saturdays and on election day too. We even had the Prime Minister Theresa May MP canvassing in Woodley a few weeks ago and she and Phillip dropped in to our Woodley Campaign Centre on election day and they went out knocking on doors in the Parklands Estate to urge voters to support Jenny Cheng.

Thank you to everyone who voted Conservative and a huge thanks to all who helped canvass, deliver, tell, give lifts or display a poster or a board.

Jenny Cheng won the South Lake seat and is looking forward to working with Cllr Laura Blumenthal. Fantastic result to now have strong Conservative women as both borough councillors. The Mayor of Woodley Town 2016 to 2018 Jenny is a hardworking woman who has been on the Town Council for 7 years and has helped many residents.

Majid Nagra fought hard as our Conservative candidate for Bulmershe and Whitegates ward in the Wokingham Borough elections on 3 May 2018. He was only 190 votes short of winning and achieved an increase in the vote share of 11.5% compared to 2014. He lives with his family in Woodley and we certainly hope he will be standing again in future.

Bill Soane increased his majority and  was re-elected to serve another 4 years as Conservative Councillor for Loddon ward for the Wokingham Borough Council. He  has lived in the ward for over 30 years and raised his family here.

Congratulations to Keith Baker on increasing both the turnout and his share of the vote to comfortably hold his Coronation seat in Woodley for his 4th term.

David Bragg is our new Conservative Councillor for Bulmershe after winning the seat in the May 2018 Woodley Town Council by-election. He's keen to represent his community on the Town Council and continue to pursue innovative ideas to further improve Woodley.

Jean-Jacques Ellis is our newest and youngest Conservative Councillor for South Lake North after a great election result at the May 2018 Woodley Town Council by-election. Known to his friends as JJ, he and his wife bought their first home in Woodley and have enjoyed living here so much he wants to represent local people on the town council.

9 ballot papers were rejected. Total turn out of 43%.

12 ballot papers were rejected. Total turn out of 33%.

7 ballot papers were rejected. Total turn out of 45%.

Bulmershe Ward of the Parish of Woodley

South Lake North Ward of the Parish of Woodley