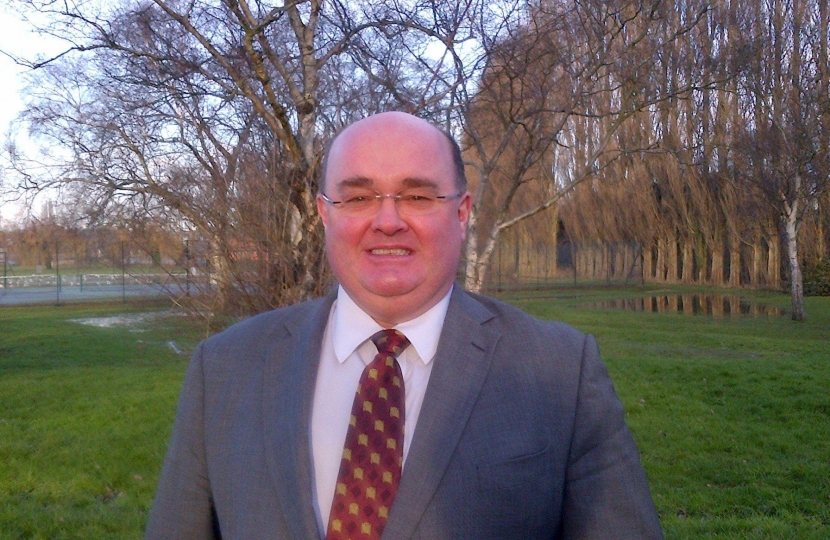 "We have just had terrible flooding on exactly the spot where they are proposing to build this aptly named "crazy golf' scheme", said Cllr Cumpsty. "Equally, if the Meadows is concreted over by the Labour Council, this flooding would be displaced elsewhere, increasing the risk to central Caversham".

"The area round by the tennis courts in Christchurch Meadows (where the Council are thinking to build the concrete golf centre) is an area of real beauty. Many birds and wildlife rely on this environment and I want us to save this very special part of Caversham. Additionally, thousands more people would visit the attraction, adding to congestion and traffic. As a golfer myself, I am all in favour of more such sporting facilities but this site is the wrong one, because of its effects on the flooding, wildlife, beauty spot, traffic and heritage of Caversham".

"I am calling on the Labour-run Council to dump this crazy idea once and for all. There is a 'Save Christchurch Meadows' group already forming and many residents have already strongly complained about this idea to me and I totally support them in stopping this scheme."

"I asked the Labour Councillor for Caversham to support us in opposing this scheme and he would not. I just hope that the Labour Administration does not do to Christchurch Meadows what it did with the Arthur Clark care home, where they ignored overwhelming local feeling, ploughing on regardless to close the home."

"Christchurch Meadows is a beloved part of our community. I would ask the Labour Council to listen and confirm once and for all that they are going to scrap this inappropriate scheme."