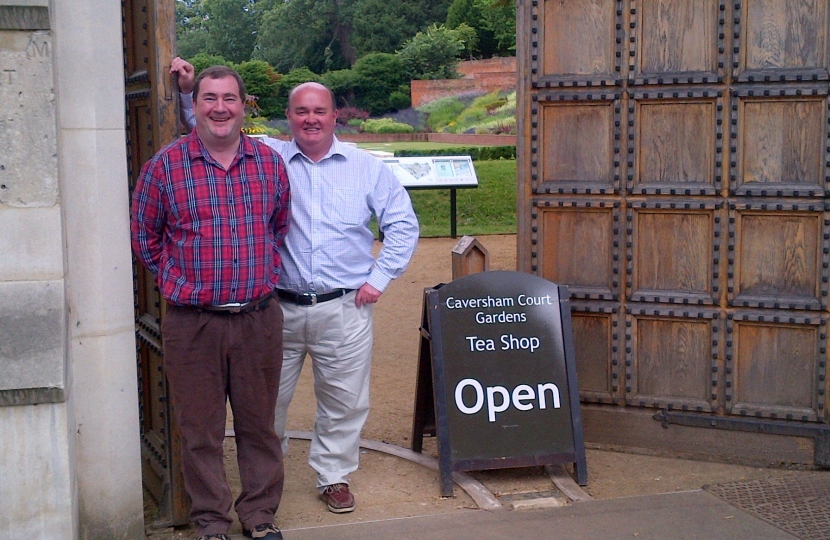 Caversham Conservative Councillors are calling on Reading's Labour Administration to provide certainty over the funding for security at Caversham Court.

Last year the Labour Administration wanted to abolish the security arrangements that see Caversham Courts gate closed nightly, saving approximately £10,000 per year with the abolition of the contract. However, following a fantastic effort by local Caversham groups supported by the Caversham Conservative Councillors, the funding was reinstated.

To prevent a similar problem this year Caversham Cllrs Andrew Cumpsty and Tom Stanway have called on the Labour Administration to confirm the funding for the security arrangements now.

Cllr Tom Stanway said, “Andrew and I have written to the Lead Councillor for her to confirm the security agreement is allocated funds in this year’s budget. The security contract covers not only the Court but the Forbury Gardens and is a great help in preventing vandalism and antisocial behaviour. It is a false economy to scrap it - it would only take one act of vandalism in the Court, say on the Gazebo, or the vaults and the cost would be much more than £10,000 to repair.

We call on Labour to fulfil its obligations to the Lottery funded Court and the residents of Caversham to ensure this funding is in place.”