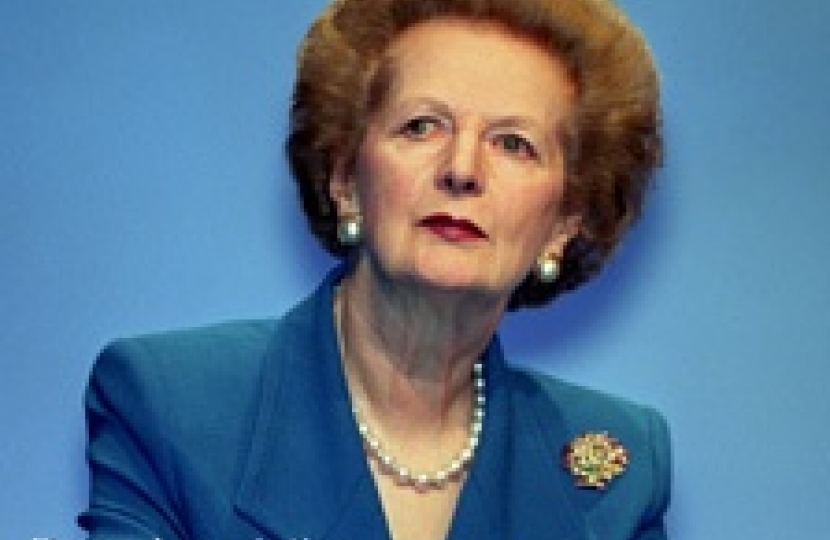 Reading East Conservative Association is saddened to hear of the death of former Prime Minister Margaret Thatcher today. Elected Leader of the Conservative Party in 1975, she went on to win majorities in three successive General Elections in 1979, 1983 and 1987.

When she came to office she inherited a country in economic decline with high inflation and interest rates, dominated by the Trades Unions, and in hock to the International Monetary Fund. In 1982 the quality of her leadership came to the fore when the Falkland Islands were invaded by the Armed Forces of the fascist junta ruling Argentina. She led the country to a great victory which propelled her onto a landslide election victory in 1983.   She presided over a series of reforms, bringing democracy to the Trades Union movement, liberalising the economy by selling state owned industries to the public, selling Council houses to their occupants, and cutting direct taxation for millions. On the foreign stage she cemented the "special relationship" with US President Ronald Reagan and stated that she could "do business" with new reformist leader Mikhail Gorbachev. She battled for a better budget  deal from the European Community.   Her legacy is undoubted as one of the greatest figures of the twentieth century, the first female Prime Minister of the United Kingdom, and the longest serving Prime Minister since the introduction of universal suffrage. The Conservative Party and the nation were privileged to share her as our leader.