Arthur Clark Care Home - An important cornerstone to our community‏ 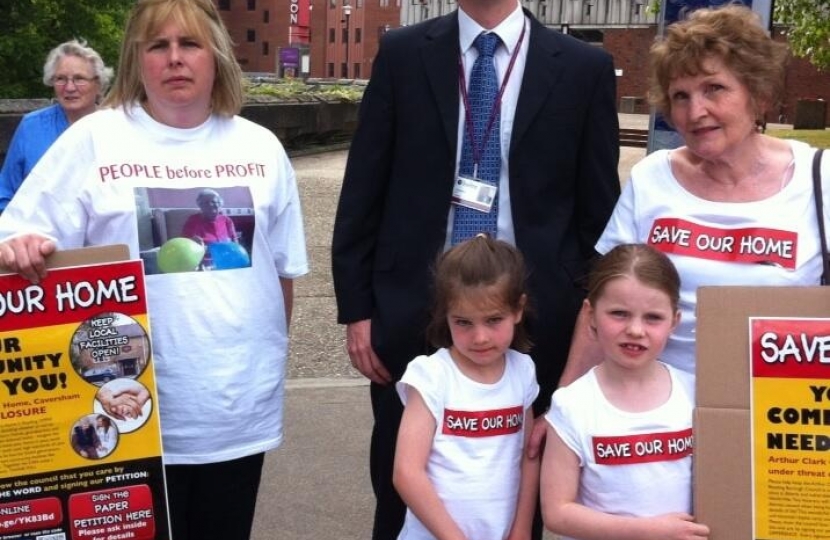 We were hugely disappointed at the Full Council meeting (25.6.13) that Labour Councillors did not listen to the Caversham Community.

Having chosen to close the Arthur Clark Care Home in Caversham the Labour Party still seemed to want to plough on ahead and rip the heart of our community.

Residents from all over Reading and Caversham came to plead with Councillors to change their minds, but the Labour controlled Council was just not listening.

Residents put a strong case forward for Arthur Clark to remain open. We spoke with passion to try to change the Labour Party's mind, but Cllr Eden and the Labour front bench were just not listening.

This will of course come as no surprise, as Labour has sadly never put the needs of Caversham folk high on their agenda.

What was completely shocking was that the one Labour Councillor from Caversham, Richard Davies, never even spoke, but much worse, voted against our attempts to stop closure. He seemed, on this key community issue, to want to put his career in the Labour Party before the needs and wishes of Caversham folk. People in Caversham will remember this Cllr Davies and we would ask that even at this late juncture, that you put aside your Party loyalties and put the desires of your residents first. That's what you were elected to do!

The Labour Group ignored all of the pressure from our community last night, but even at this late juncture, we would plead with them to have a change of heart. Many old folk who have served our community well, now just need a dignified, comforting and familiar place in which to live. We hope Labour change their minds, even at this late juncture, for the good of the residents of Arthur Clark Care Home.